The melting of the Poles

In the last three years, scientists have redefined the limit for climate change from what they believe is the “safe” limit of climatic change.

For many years, the scientists told us the planet could not withstand an increase of 2 º C, however, today argue that the limit is 1.5 º C. The latest meeting of the Intergovernmental Panel on Climate Change (IPCC) does not report that it is possible. But a lot of government cooperation is required.

What is the main risk?

The thaws… They can make it possible for some coastal cities and even islands to be immersed in a climate change product.

The concern was big, when it was analyzed what happened in Copenhagen 2009, when it failed in an agreement to seek an even lower goal.

To today, the planet has already warmed a degree, according to the scientists 1.5 º we will reach in 2040. We must continue controlling the evolution.

“A species that is extinguished in two degrees will still be extinct if it returns to 1.5 C,” said Dr. Stephen Cornelius of WWF, a former UK government IPCC negotiator.

“Some things may come back, but others are irreversible, in terms of running the risk you would want to try to keep below 1.5, and clearly that means faster and deeper cuts of previous emissions, and it probably means eliminating Carbon dioxide. Technologies: Some of them know what to do, but some are the first days and should be evaluated. “

Is there any hope of stopping climate change?

While the task of limiting the global temperature rise to 1.5 °c in this century is massive, there are some indicators on the horizon that show that some governments are recognizing the seriousness of the problem and are taking steps to deal with it.

Some environmentalists believe that the way to maintain temperatures in 1.5 can be done without resorting to mechanical devices or planting billions of trees.

“If we have very fast emission reductions and we combine that with the massive expansion of land restoration and the changes in our food system to reduce meat consumption, we can reach 1.5 °c in a way that generates a lot of well-being for People, “said Hannah. Fern Mowat.

“It creates better air and reduces levels of obesity. It is a world that we want to say yes, rather than greater industrialization of our landscapes. ”

This author hasn't written their bio yet.
Efinetico Team has contributed 30 entries to our website, so far.View entries by Efinetico Team 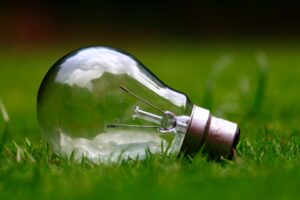 What is Sustainable Development?

More than taking care of the environment Sustainable development is[...]

The latest report from Bloomber Energy indicates how the demand[...]