In the framework of the 13th Annual Energy Congress of the Colombian Association of Power Generators (Acolgen), they defended the expansion model through the reliability charge. Corporación Efinetico has defended that this is not the best mechanism for end users.

Federico Echavarría, general manager of AES Colombia, stressed that the reliability charge has worked for the country, which has allowed «the electricity sector to comply with Colombia». This mechanism has allowed the creation of sufficient energy generation capacity that the country needs and has been tested with critical events.

In addition, for Echavarría, this has brought the expansion that the country needs hand in hand with a very important investment that already totals billions of dollars. «It makes no sense to change to another energy sufficiency scheme when we have one that has worked, but it is important that the reliability charge is adjusted to current situations,» he reiterated.

Clearly it has attracted investment, it is a business with high rates of return, very little risk. But it is costly for the end user, who pays for capacity all year round and only uses it 3 months every 2 years.

We support regulatory proposals that encourage other expansion mechanisms with better prices to the end user and clearly require adequate risk management for the investor. Like all businesses in the world. The savings can be up to 80 pesos per kwh in the final tariff.

But we believe that sustainable development also depends on fair tariffs.

This must accommodate the energy transition in which non-conventional renewable energies begin to play a key role. The proposed adjustments encompass such things as: being appropriately recognized for contributing to the reliability of the country.

As well as differentiate and understand the difference between capacity charge and reliability charge. According to Echavarría, in the world we mostly talk about capacity charge, which is the ability of markets to meet the highest demand at peak time.

Clearly in Colombia, there is a confusing mechanism for regulatory theory as the reliability charge that alters market conditions. On the one hand, it has a capacity concept, but it is charged for energy. And it is also mandatory for all users. Why don’t we try the more transparent mechanism of calling things by their name and let the user choose how much he wants to contract for capacity?

In the case of Colombia, there are no capacity problems in Colombia, since the problem is energy, «that is why the reliability charge was created, in which an important challenge must be found and that is that, before an event that usually lasts between six and ten months, the energy that the country needs can be satisfied. And usually that event coincides with the El Niño Phenomenon,» said the general manager of AES Colombia.

According to the expert, it is important to have the differentiation to understand the role of non-conventional renewable energies. «The uncertainty generates a big problem for us to be able to demonstrate to society that we are prepared for an El Niño phenomenon or a crisis event.

Renewable energies have a component of uncertainty because they sell energy, not capacity. That’s why they are more economical.

Let the user choose how much to contract for energy and how much for capacity.

The leader of AES Colombia urged to adjust the reliability charge in order to promote the expansion of non-conventional renewable energies to face not only from the point of view of sufficiency, but also from the expectation of the market in general and end customers.

For his part, Camilo Marulanda, general manager of Isagen, supported the premise that the reliability charge has been a positive scheme for the country allowing not only the expansion of the electricity generation system, but has ensured the supply in complex times.

«I think of the issue of reliability, of supply, as an expensive good, but it is more expensive when you don’t have it. That is the balance we must have on the cost and benefits of having a system that guarantees the country’s supply, even in critical and extreme events,» said Marulanda.

The greatest efficiency is not achieved by contracting a power backup for the entire average demand. When statistically it can be established with a high degree of probability how much power can fail. So far we have taken out an insurance for 100% and of course this insurance costs us 20% of the tariff.

According to the Isagen executive, the opportunities of the reliability charge scheme come around improving, not only the monitoring of the hydro and thermal plants that participate in this mechanism, but to fulfill their commitments and enforce the guarantees.

The executive pointed out that it is important for the country to define what the system expansion mechanism will be. Currently, Colombia has a charge scheme, but also a long-term auction scheme for non-conventional. «I’ve always understood it as a temporary issue to encourage the growth of wind and solar plants,» he said.

According to Marulanda, the two growth signals must be harmonized, which in turn must be driven by market needs. In addition, it is required to think better the complementarity of the different sources and value them as such; since it is much better for the country to have a balance between hydro and thermal generation sources.

Stable rules for generators are guaranteed for as long as they return your investment, not for life.

Also, the issue of stability in the rules of the game is very important, for the manager of Isagen these investments must be safe to 20, 30 and 50 years, because «investors can not be thinking when they will change the rules again and how they will do,» he said.

Unfortunately, the market economy cannot guarantee that a business will be paid by all its customers. Today the generators are asking for a guarantee of payment. They are charged to a fund that will have to be paid by the users. …. Nada mas alejado de la realidad social que vive el país y em contra de la eficiencia de los mercados energeticos.

As well as establishing a fund with resources to ensure that all generators can get to meet their obligation where the energy is firm or «even the deepening of the energy derivatives market».

However, many of these solutions are not entirely to their liking, because they «unnecessarily increase the costs of operating the system and may discourage players from participating in auctions in the future».

It would also create barriers to entry for new players that the market needs to have more efficient pricing.

This author hasn't written their bio yet.
Efinetico Team has contributed 41 entries to our website, so far.View entries by Efinetico Team 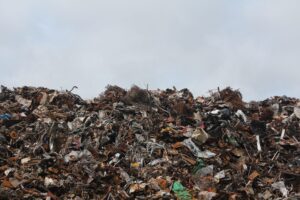 We share the concern of Jairo Puentes. As regards the[...] 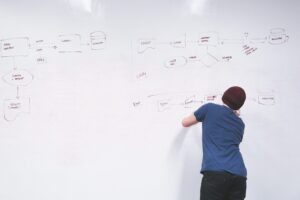 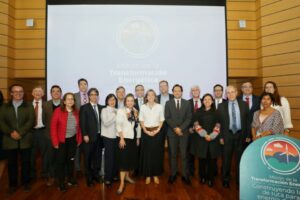 After more than 12 months, we approached the time of[...]